Past President & Fellow of the National Association of Toastmasters

Howard became a Toastmaster at just 19 years of age and now has more than 30 years experience.  He is one of London’s most popular Professional Toastmaster and in 2002 was honoured to become President of “The National Association of Toastmasters”.

He has officiated at many different types of occasions, working at functions with 30 guests and others with over 3000. Howard regularly works in London, but often travels around the Home Counties and throughout Great Britain, officiating at many of the leading Hotels and Banqueting Suites.

Weddings are his speciality.  As well as traditional English weddings, he is also often seen at Greek, Turkish, Cypriot and Italian weddings.

Howard is particularly well known at Weddings and Barmitzvah / Batmitzvah celebrations for the Jewish Community where his experience is extensive.

He is also often seen at Conferences, Corporate and Charity Fund Raising events, where he can be a Compere, Master of Ceremonies and Auctioneer.

For a First Class service and a Toastmaster that really cares about your whole event, contact Howard Robbins now, or visit his website on www.toptoastmaster.com 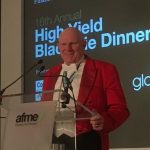 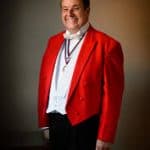